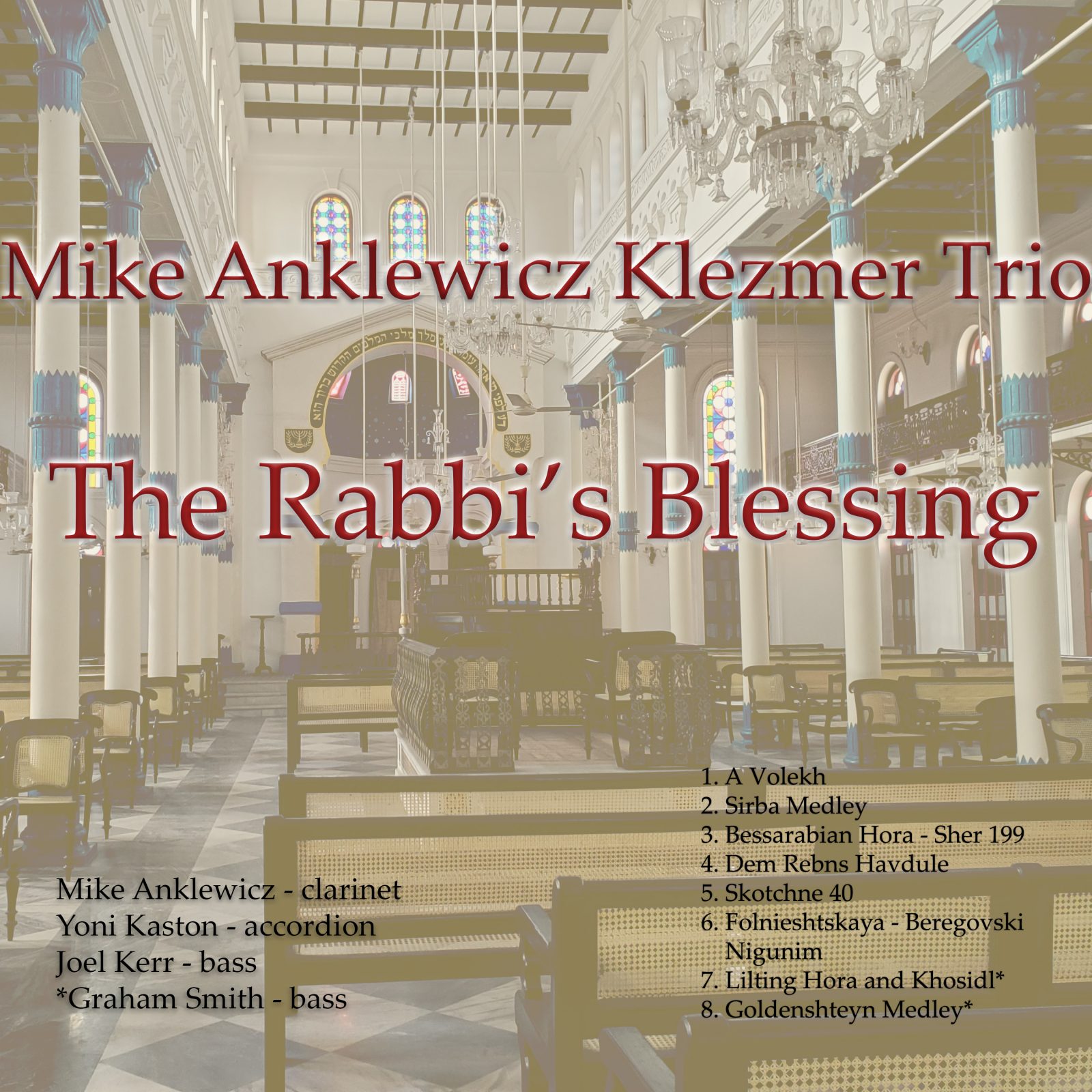 I’m pleased to announce the release of my first traditional klezmer album, The Rabbi’s Blessing, under the banner of the Mike Anklewicz Klezmer Trio.

The concept for this album originated in 2015 when I performed a traditional klezmer trio concert in the 350-year-old Portugese Synagogue in Amsterdam. I took the approach of performing “European” klezmer — tunes that could be sourced to recordings and publications from Europe rather than the United States. See below for an audio clip from that concert (apologies for the really low volume of the performance).

In 2016, I planned to record a trio in Montreal featuring myself (Mike Anklewicz) on clarinet, Yoni Kaston on accordion and Joel Kerr on bass. Except that Joel came down with the flu on the weekend that I was scheduled to go to Montreal to record, so the recording was off.

We were able to reschedule our recording for the following year, so most of what you hear on this album (the first 6 tracks) come from that session in February/March of 2017. We recorded in Cardboard Studios, aka Yoni’s amazing home which had a beautiful space to record in. Engineered by Yoni, I took the recordings home to Toronto and mixed them, with mastering by Christien Ledroit in Hamilton.

And then the recordings sat. I revisted them during the pandemic and decided that it was time to release the recordings. I wanted to fill out the recording a little bit so I added two more tunes, a new composition called Lilting Hora and Khosidl and a medley of two tunes from German Goldenshteyn’s repertoire. These were recorded in the “pandemic” way (the same way that KlezFactor’s “Songs from a Pandemic Winter” was recorded). We all played on our own and sent recordings of indivdual tracks back to me for mixing.

So here is “The Rabbi’s Blessing.” An album almost 6 years in the making. I hope you enjoy!

You can purchase the recording immediately at Bandcamp and it will be available on all streaming services shortly. But of course, to support the artists, we ask that you purchase downloads at Bandcamp (and then stream all you want)!